You Are Here: Home » Blog » E-Commerce Product Design Tool: Why Switch From Flash To HTML5

E-Commerce Product Design Tool: Why Switch From Flash To HTML5 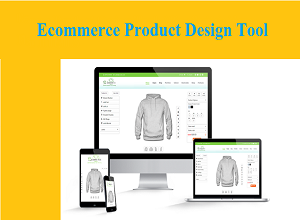 Your online store is not performing as well as you had planned. You found out that customers nowadays are not satisfied with the products that brands offer. They want something more, something unique that stands out from the rest. Therefore, you decided that the best thing to do is to integrate a custom product designer tool into your online store. That way, your customers can unleash their creativity and personalize any product as per their need. Unfortunately, despite having a fully featured design tool, you were still unable to attract as many customers as you’d expected. Then you realized that you are using a flash-based designer tool instead of HTML 5-based designer tool.

Flash, like a VHS tape that needs a player to work, is on the verge of dying a slow death. And just like CD players and digital players replaced the VCR, HTML 5 has made Flash obsolete. Before we discuss why online business owners are switching from Adobe Flash to HTML 5, let’s have a look at what they really are.

What are Adobe Flash Platform and HTML 5?

Adobe Flash Platform is used to create graphics, animations, interactive applications and games. It requires a third paFlash is like a VHS tape recorder which is on the verge of dying a slow death. And just like CD players and digital players replaced the VCR, HTML 5 has made flash obsolete.rty plugin called Flash Player in order to be able to view streamed online content such as videos or advertisements. Most mobile devices do not support Adobe Flash.

On the other hand, HTML5 is the latest revised version of HTML. It is a markup language and it purely relies on code. It is used to create dynamic content such as online banner ads, and other website content. Unlike Flash, it is not a software tool or program, but it is one of the latest programming language used to create content. HTML 5 is supported by mobile devices.

Since Steve Jobs published his open letter “Thoughts on Flash” in 2010, where he promotes HTML5, Flash vs HTML5 has become a hot topic among web developers and designers. Moreover, Google made an announcement last year that it will stop supporting ads made with Adobe Flash ad that it will be totally banned from 2 January 2017. This implies that all digital animations will have to adopt HTML5 or be converted into video format.

When it comes to online videos, HTML5 offers two things that Flash does not: mobile capabilities and semantic markup. The exponential growth in the number of mobile users, the gaining popularity of Interactive Videos and applications for entertainment, advertising and shopping, powered by HTML5’s open structure coalesce to form the future of an HTML5-based Web, forcing Adobe Flash to make an early retirement.

This changing trend has prompted online business owners who are still using Flash-based product design tool to switch to HTML 5. Below is a short comparison between Flash and HTML5 along with a few reasons to show why you should switch from Flash to HTML5

With the emergence of HTML 5, mobile has become one of the biggest advantages for the publishing industry. On the other hand, Flash remains pretty much limited to PCs, a market which is, according to experts, gradually declining.

Also the compatibility issues between Flash and Android & iOS devices are evident. On the other hand, HTML5 is supported across all mobile devices running on different operating systems. Moreover, Flash is power intensive and has compatibility issues with touch screen. As a result, Adobe Flash causes a device to heat up. Unlike Flash, HTML5 is works smoothly with touch screens and does not have any issues with any device.

Despite Adobe’s effort, Flash for Android devices fail to provide a seamless experience. The experience is often choppy and, most of the time, consumes a lot of battery life.

Since majority of the online shoppers are using their mobile devices to browse a store, if you use a Flash-based designer tool in your online store, almost all of the visitors will render your tool useless and they will stay away from your store.

HTML5 is superior to Flash in terms of SEO. There is a feature in the HTML5 semantic structure that’s just as important and powerful, especially for interactive videos. Using the semantic structure of interactive videos, you can develop projects using HTML5 with several interconnected pieces that Web crawlers recognizes. On the other hand, Flash is like a closed container and web crawlers and search engines can’t look inside a Flash video.

With HTML5, you can add title tags and other information that would allow web bots to crawl each distinctive piece of a video and read them as individual web pages with discrete content, thereby boosting your SEO rankings.

Flash runs very slow on operating systems like Linux and Mac OS X. This is because Flash does not have access to Graphic Processing Unit (GPU). Instead it uses the CPU to execute graphic intensive task, slowing down the application. Also, in order to play a SWF file, you need to have the Adobe Flash plugin on your browser. But before that you need to make sure that the device and the OS that you are using are compatible with Adobe Flash.

HTML5 outshines Flash as far as compatibility with Linux and Mac OS X is concerned. It has been proven that HTML5 runs 58% faster than Adobe Flash.

HTML5 works seamlessly on mobile device and it has the potential of replacing Flash in PCs as well, thereby bringing in the demise of Adobe Flash. Considering the current trend where mobile devices are in the forefront, business owners are starting to change their tune in favor of HTML5. Moreover, if you have a business that demands for an easy to use, interactive online designer tool, then HTML 5 is the your option.

Why You Should Offer A Custom Product Designer Tool Online